Buying in the Cranbrook School Catchment Area. Is it worth it? 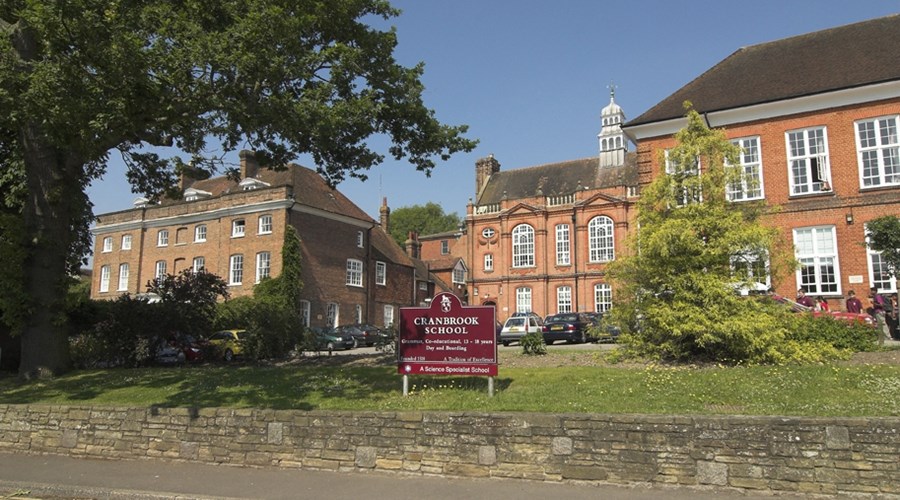 We do the maths on buying in or out of the Cranbrook School Catchment Area.

When the estate agents particulars include the acronym CSCA, house hunters with children start salivating.  The Cranbrook School Catchment Area has long been the holy grail of catchment areas as the school has a good reputation and continues to achieve good results.  Some say it has more of the look and feel of an independent school, for example it has a number of boarding students.  However the same house inside the catchment will cost you 10% more so when you do the maths, is it worth it?  The answer is not a short one as it very much depends on how many children you have and what budget you have.

To keep it simple we have made the following assumptions for our imaginary family considering Cranbrook, Mr and Mrs Smart.  They have a budget of £1,100,000, have two children who will both start at 13 and remain at Cranbrook for 5 years each. (We have assumed school fees remain the same however in reality they will probably increase slightly year on year.)

So, Mr and Mrs Smart have viewed two very similar houses, one in Sissinghurst village which is well within the catchment and a lovely place to live.  It’s on the market at £1,100,000 and they would have to pay the full asking price to secure it.  The other is just outside the catchment area in Marden village but their two terribly bright children wouldn’t be able to go to Cranbrook School as day pupils, however they could either board at Cranbrook or go to an independent school.

Now for the number crunching! Mr and Mrs Smart would have to pay £100,000 more to live in the catchment.   For both their children to board at Cranbrook it would cost Mr and Mrs Smart £130,884.00 over the course of their education so the Sissinghurst house is looking very attractive.  There is one problem, their son, Jonathan is adamant that he doesn’t want to board so Mr and Mrs Smart go and have a look at Sutton Vallence School and the calculations show that they would have to pay £201,750.00 for their two children as day pupils for their senior school education.  The Sissinghurst house is looking even more attractive but their daughter’s friends are all going to Benenden School and the son’s friends are all off to Tonbridge so they attend yet more open days and this is how the figures stack up for their son to go to Tonbridge as a day boy and their daughter to go to Benenden as a boarder (they only have boarders): a whopping £313,065.

Mrs Smart then gets offered a dream job (good timing!) as an international corporate lawyer but it involves a lot of traveling so the decision is made that both children will have to go to boarding school and they learn that Benenden and Tonbridge boarding fees would set them back £359,970 over the course of five years.  So that’s over a quarter of a million pounds more if Mr and Mrs Smart bought the Marden house and sent their children to Tonbridge and Benenden as boarders.  Gosh she’d need that new job!

Although it’s important to remember no comparison is made between the quality of education at any of the above schools, it doesn’t take a mathematical genius to conclude that the CSCA really is worth its weight in gold!