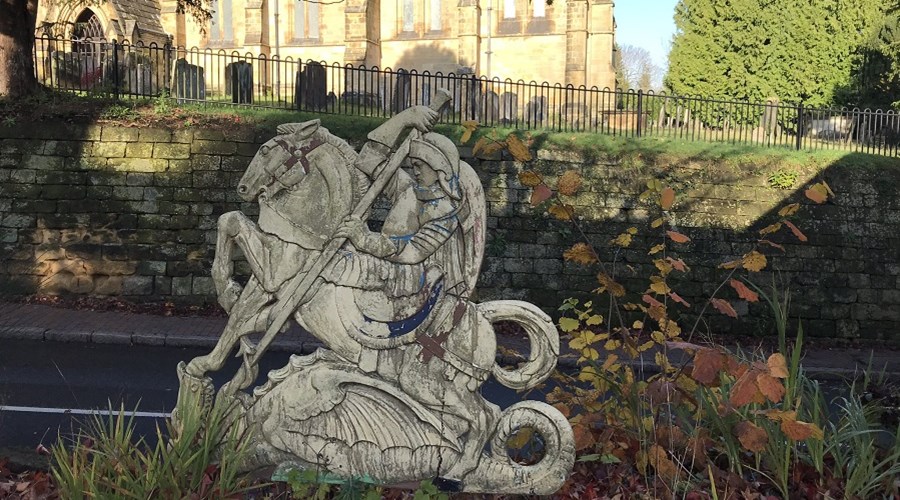 Here's the second instalment of our new, regular column for Muddy Stilettos Kent, in which we’ll be taking our ogling addiction to the next level.

Our expert Fiona Penny – who founded Fiona Penny Bespoke Home Finders 12 years ago and knows both the property industry and this area of the country inside out – will lift the curtains on a secret property hot spot in Kent.

Ooh er missus. That’s right, the latest desination is spruced and ready to seduce you. Introducing… SPELDHURST! Read on to see why it made the shortlist…

A lovely rural village, 3 miles to the west of Royal Tunbridge Wells (in theory you could get to the centre of Tunny Wells in less than 10 mins, traffic allowing – or if you don’t fancy driving, 15 mins by bus). The village name derives from ‘Speld’ (wood chips) and ‘Hyrst’ (wooded hill) and indeed even today you’re surrounded by lots of lovely woodland and the views from around the village are spectacular.

Here you have all the advantages of Tunbridge Wells virtually on your doorstep, with its shops, cafés, bars, restaurants, cinema and theatre. But equally you can enjoy country-living escapism in the other direction. Making Speldhurst the very definition of the Best of Both Worlds.

Speldhurst does not have a train station itself but commuters head to Tonbridge or Hildenborough stations (both only about 10/15 mins drive away), where you can get direct trains to London in 35-40 mins.

You’re in easy reach of the A21 which takes you down to the coast in less than an hour or onto the M25 in about 25 mins, with access to London and beyond.

So what we have here is a perfect commuting springboard while you avoid the parking and traffic problems associated with living in central Tunbridge Wells.

The Speldhurst C of E Primary School was rated Excellent in all 3 areas. You’ll also find those other country village essentials, like a parish church (with stunning stained-glass windows designed by William Morris & Co), a village hall, a general store with post office, a pub. Oh and a violin shop.

If you are thinking of prep schools, Tunbridge Wells has several to offer, enabling you to select the right one for your own child.

For independent education, you have Tonbridge School for boys, Kent College School for Girls, in Pembury, or the co-ed Sevenoaks School, slightly further afield.

Tunbridge Wells is a town with bags of character and no trip would be complete without visiting the particularly popular and pretty Georgian colonnade of shops known as The Pantiles only moments from the Tunbridge Wells Train Station.

Here you’ll find galleries, cafés and even a luxury pet shop. From there you continue to the bottom of the High Street where there’s more galleries, brilliant indie stores, restaurants and bars (including The Ivy Royal Tunbridge Wells handily just across the road from Anthropologie).

Further towards the top of the High Street you’ll find the Royal Victoria Shopping Centre with more main stream shopping. There’s the original and buzzy little Trinity Theatre and the Assembly Hall Theatre and civic centre which is about to under-go a £90 million make-over project. So Culture Vultures are well catered for.

Just a few minutes drive north west takes you to the beautiful Kent village of Penshurst where you’ll find The Spotted Dog, The Bottle House and Muddy favourite, The Leicester Arms with decent food and a pretty terrace for sunny days. There’s recently refurbed rooms here too, should you have the in-laws visiting for the weekend and don’t *cough* have room to put them up at home.

Fancy a curry? Then you’ll want to head to Blue India just down the road in Langton Green.

And with Tunbridge Wells on your doorstep you’re going to be spoilt for culinary choice, with Sankey’s for fish, Sucheera for Thai or Kiko Sushi & Yakitori for Japanese being just some of the good eateries to discover.

To the south of Speldhurst (just 3 miles away) on the outskirts of Tunbridge Wells you’ll find Dunorlan Park, with its boating lake, ducks and café. Or 2 miles to the north there’s Penshurst Place & Gardens (the ancestral home of Anne Boleyn) a family-friendly stately home open to the public.

For the active amongst us there’s an outdoor climbing school at the rugged Harrison’s Rocks in nearby Groombridge or Kingdom cycling club in Penshurst.

A short drive will take you into Ashdown Forest. With 6,500 acres, it is one of the largest free public spaces in the South East. Great for walking, letting the kids run off steam and known the world over as the ‘home’ of Winnie The Pooh.

The average price for a 4-bed detached family home in Speldhurst itself ranges from £650-£750K. In comparison, a similar 4 bed detached house in central Tunbridge Wells would be around £800-950K.

There’s a really special community feel to Speldhurst – and they do that quintessential quirky village thing very well – as demonstrated in their annual Pram Race in May.

This has various race categories and the main event being two laps around the village. Contestants have to push a ‘baby’ (no, not a real one, silly) around the course and all have to down half a pint every time they pass the two drinks stations, one situated by the George and Dragon and the other by the site of the old Northfields pub. Can you get more wonderfully rural Britain than that?

Want the country idyl but can’t quite prise yourself away from the shops, restaurants and cultural scene of a decent town? Then you really can have your cake and eat it here.

Sign in to save this feat Love a property perv? So do we! Here’s the second instalment or new, regular column, in which we’ll be taking our ogling addictiono the next level.Our expert Fiona Penny – who founded Fiona Penny Bespoke Home Finders 12 years ago and knows both the property industry and this area of the country inside out – will lift the curtains on a secret property hot spot in Kent.