Quirky Locals Have Some Seasonal Fun... 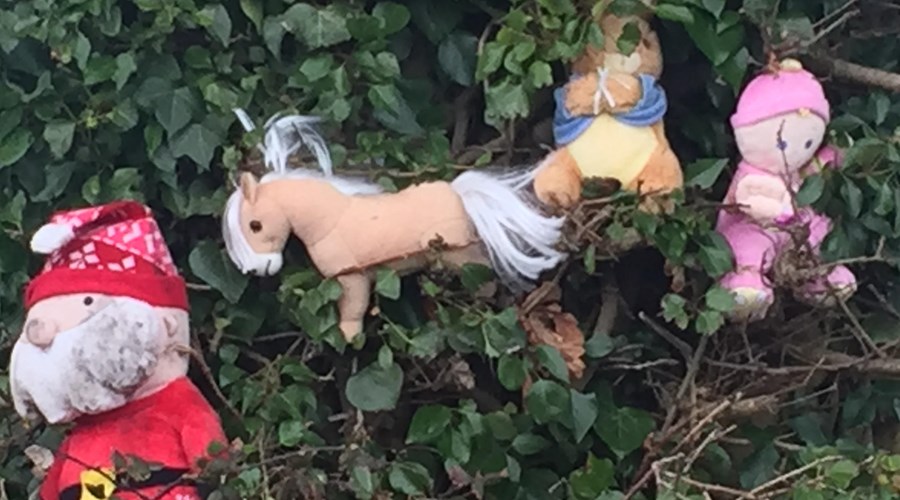 Why living in the countryside can sometimes cause you to laugh out loud…even on the school run!

On my way to school early in the New Year, my daughter pointed out a Father Christmas soft toy that had been carefully placed at eye height in a hedge.  We enjoyed pointing it out and having a bit of a chuckle over the next few weeks until one morning to our utter dismay, it had disappeared.  However a few days later, a grey and rainy Monday morning was instantly cheered up because Father Christmas was back…but quite some way further up the country lane!

Over the past few weeks St. Nicholas has been as busy as the man himself on Christmas Eve and has been popping up in different locations up and down the hedges of this little lane.  Move over “eye spy”…searching out our little man in red has become a school run ritual.  A sense of excitement builds as we approach the crossroads leading to that country lane and it’s now a competition to see who can spot him first.

Just when we thought we couldn’t pack in any more excitement into the daily dash at 7.55am, something wonderful happened.  This morning we rounded a corner, took a deep breath and scanned the hedges to find that Father Christmas had been joined by the Easter Bunny!

There is something quintessentially English about this sort of silliness and I love it.  Where else would eccentric country folk take the time to make a little girl and her mum smile?

STOP THE PRESS:  I went to take a photo of the cuddly hedge-dwellers and nearly cried when they were nowhere to be found and I felt I had no option but to put this blog on hold. However, on Friday I phoned Fiona from the car and shouted “They’re back!” And now they’ve been joined by a horse and a baby!  Don’t you just love the Brits…